The Evidence For God SHOULD Be Overwhelming. Irrefutable. So Why Is It That The Best Believers Can Come Up With Boils Down To Special Pleading and Arguments From Ignorance? 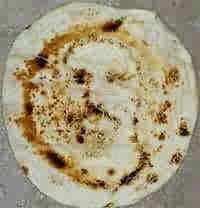 In responding to Bill O'Reilly's recent expression of ignorance over how the tides are formed, comedian Stephen Colbert remarked "There must be a God because I don't know how things work."  This pretty much summarizes not only O'Reilly's religious ignorance, but that of MANY believers.  Because whenever we ask believers to provide proof for their fantastical belief that there is an invisible sky man who holds the Universe together, intervenes in our affairs, answers our prayers, smites our enemies and bestows knowledge upon us via revelation, they ALWAYS punt, retreating into vague mutterings and hand waving to explain away the very simple fact that they do not have any evidence.


I do not for a moment doubt that most believers pray with deep and moving sincerity.  They pray with all their hearts and minds and faith, certainly with more than a 'mustard seed' of faith.  Yet there is ZERO statistical evidence for the efficacy of prayer.  None.  In fact, studies actually suggest that prayer actually makes the situation worse.  In contrast, when we look at the statistical relationship between say smoking and lung cancer, the positive relationship is astounding.  Incidence of lung cancer among smokers is 40 times higher than among non-smokers.  The same goes for obesity and heart disease where obese individuals are 50% (female) and 72% (male) more likely to suffer heart failures than their non-obese peers.
The point is that where there is an ACTUAL causal relationship, we see OBVIOUS and STRONG trends.  If Prayer worked the way believers claim it does, the evidence of its efficacy would be absolutely overwhelming.  We would see huge discrepancies in the rates of healing between believers and non-believers.  We would see believers hurling mountains into the sea.  We would see the magic of prayer all around us.  Instead, we see nothing.  Instead, its efficacy is nothing more than statistical white noise.
And where is all the smiting?  Yahweh is an angry, jealous god.  And Allah is even more of a pissy old man than John McCain.  The Abrahamaic traditions are chock full of the smiting of the evildoers.  Where is all the smiting?  These bitchy old men like nothing better than smiting their enemies.  They seem to glory in it.  So why is there no evidence of the divine wrath anywhere around us?
Why are the countries with the highest standards of living and the longest lifespans almost uniformly the most godless countries on earth?  Why do the godless recover from life threatening illness at exactly the same rate as believers (see above)?  Why are we godless secular atheists not on the receiving end of a demonstrable divine smiting on a daily basis?  Where is the evidence?
And where are all of the revelations?  Where are all of the theological breakthroughs?  Where is all of that divine knowledge?  Quick!  Name the most important theological discovery of the last 10 years.  ... ... ... How about the last 100 years.  Actually, name a single theological discovery or breakthrough.  ... ... ...
While God has stagnantly twiddled His twaddle, human beings have been quite busy, using the power of our brains and reason and rationality and science to cure the incurable, extend our lives, split the atom, crack the human genome, send humans into the heavens and an overwhelming litany of other accomplishments too voluminous to even begin to describe.  Meanwhile, theology peddles the same old story it has been peddling for the last few millenia.  If some supernatural entity is really in the business of revealing knowledge, one would think that he might have done SOMETHING to advance our knowledge of the world around us in the last few thousand years.  Instead, all the heavy lifting has been done by us poor benighted losers cursed with the taint of original sin.
So where is He?  Why is He always hiding?  Why is He always retreating?  Gods have always been shy, first hiding on the tops of mythological mountains, then retreating to the upper atmosphere, then out into space, but it's getting ridiculous.  God clearly has some pathological God now exists in some aspatial atemporal neverneverland that is everywhere and nowhere and everywhen and nowhen at the same time.
If a hyperintelligent entity is busy intermeddling in our affairs, responding out our supplications, dispensing justice, smiting the unbelievers and bestowing knowledge upon us, there should be more than a ancient handful of internally contradictory, logically inconsistent and factually erroneous documents to demonstrate the truth of such a hypothesis.  If such a thing were actually true there should be a mountain of evidence.  It should be plain as day.  But it isn't.  It isn't even close.
When believers proffer their supposed evidence it basically boils down to an illogical load of special pleading and arguments from ignorance.  Because they have no real evidence.  Certainly nothing that can withstand any degree of logical scrutiny.
Indeed, I have already shown their strongest evidence of all - God's appearance in tortillas around the world.  While it appears God is much too busy to bother answering prayers or smite his enemies or bestow knowledge upon us lowly sinners, He is apparently never too busy for Mexican food.
Posted by Jeffrey A. Myers at 11:23 AM

Meaning Without God is an ongoing project to give voice to those who seek to experience this marvelous world not through the prism of bronze age fairy tales and ancient superstitions, but through the light of reason and the gift of understanding. To give comfort to those who question the value of their existence and who struggle to find meaning in the midst of life's chaos. To give purpose and hope to those who believe in the grace, nobility and beauty of the human spirit.

Jeffrey A. Myers
Meh. Do you really care about me? No.